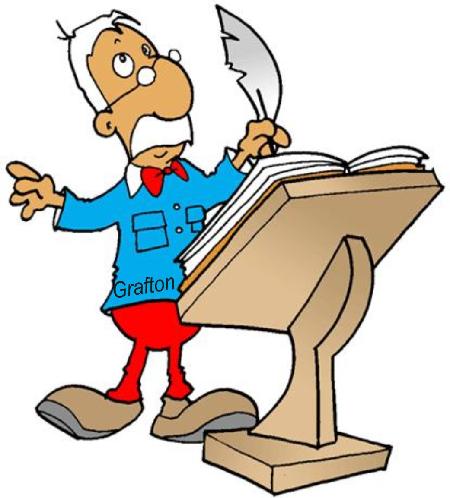 What's in a name?

Grafton fondly recalls the nicknames of his friends in Mumbles 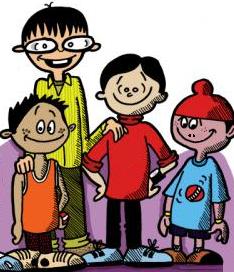 The agreeable old custom of bestowing nicknames appears to be very much on the wane these days. In the Mumbles of a generation or two ago, nicknames abounded and everyday conversation would be richly seeded with these pet names. This had the distinct advantage of uniquely identifying one particular person, quickly, such a help in a community where there was a preponderance of certain family names.

Nicknames are so multisourced as to make classification nigh impossible. Some were related to appearance, some to mannerisms of speech and habit. Others to profession or trade and it was popular to make a play on a Christian or family name which would be passed on, father to son. One isolated event in a person’s life was often enough to bestow a permanent legacy, descriptive of that incident and, of course, there was always that odd nickname for which no explanation, whatsoever, could be found.

Frequently, especially in childhood, some descriptive nicknames were unspeakably cruel and familiarity did not always blunt the barb. Even into mature years, use of such a childhood nickname would cause pain and humiliation and such names are best forgotten. It is a blessing that most nicknames demonstrate a fondness and are not resented. Such was generally the case in Mumbles.

Until recently, the village was blessed with the presence of “Ginger” Clements, formerly of Church Park, who in view of his crowning blazing glory was endowed with this nickname, almost from the day he first saw light. He bore this moniker blissfully to the day he died although, in his latter years, his copious tresses gradually succumbed to the palette of age and softened into whiteness. There were many ‘Gingers’ but, as far as Mumbles was concerned, there was only one real Ginger,- our renowned painter and decorator, infamous for his dodges and crackpot schemes!

Roy Fairweather, of Park Street, the popular, ex-Tivoli projectionist and Welsh League footballer, just had to be known as- “Stormy”! This from the day that he could barely walk, to the day he died!

George Turnbull, of Windsor Place, was an ex- regular cavalry soldier and had seen action in the Boer War and World War 1. He served throughout WW2 in the Home Guard and genially accepted being called, “Bull”. His son, Peter, inherited this name and, as a fine strapping rugby forward for Mumbles RFC, epitomised it!

There is no need to expand further upon the late, fearsome and legendary William Davies, 45 years the Deputy Coxswain of the Mumbles Lifeboat. This man was always known as “Aunty Minnie” and as a result, son Billy, from earliest schooldays, was called, “Minnie”.

The old Lifeboat crews were always rich in nicknames, consistent with their colourful characters. Ernie Michael never swore, was a regular worshipper and studied his Bible, avidly – he was known as “Holy Joe”. The late, ex-Coxswain “Toodee” Jones earned this bizarre prefix, as a little boy in school in pre-decimal days. When asked by his teacher how much a particular purchase had cost him, he replied, “Two D, Miss!”- merciless classmates made that stick!

Fellow crewman, George Parsons,as a little boy once raised his hand in class and announced, “I’ve made an error, Miss!” From that day he became known as “Error” Parsons!

Vincent Trailor was renowned for his acid wit and spontaneous outbursts, especially during cinema performances. In the ‘thruppennies’, these coarse ribaldries were over reacted to by an appreciative bunch of half wits, with the release of hysterical outbursts of forced laughter. He became known as “Vinegar” Trailor.

Everyone knew why one particular Mumbles character, due to his outdoor activities, earned the soubriquet of “Moving Bush”. But blushes will be spared here!

Lemmington Ace the butcher’s son soon had his name shortened to ‘Lemmie’, with the inevitable conversion to ‘Flemmie’. I wonder what his inner reaction was on that day in 1943, on the beach in Anzio, when as a Welsh Guardsman, along with his comrades, was ordered to stand aside and make way for the armour to move through. They were under heavy gunfire and attack from the air, Sergeant Freddie Thomas, of Thistleboon, on his tank saw Flemmie pulled back to a hedgerow and yelled, to be heard through the pandemonium, “FLEMMIE! FLEMMIE!” Flemmie looked up, his face broke into a grin and he calmly waved Freddie through! A chance in a million of two Mumbles lads making contact during that bloody landing! Mercifully, both survived to meet up again at home in Mumbles.

To this day, there are enduring mysteries, for example, why was the quick witted, affable Ken David of Overland Road, called “Buster”? Perhaps Woodrow Wilson Honey, of Albert Place was called “Nub” for reasons of brevity? “Tougger” Thomas of Gower Place is mercifully still with us in the village but why, “Tougger”?

Why? I never found out.

And how did such a lovely chap as Percy Thomas come to have such an unprintable nickname? Was it anything to do with his father’s job on the sewage cart?

From first hand information, however, I do know that that most lovable of characters, the late “Puss” Thomas inherited his name from his father who was a roofer and who, spurning the use of scaffolding, relied on his cat-like sure footedness. Hence the name “Puss” which was passed on, eventually, to his gifted and good humoured son.

For all his life, Jackie Timothy was greeted and referred to as “Tight”, which had nothing to do with his spending habits but was an abbreviation of a fuller expression describing the fit of his trousers when a tiny little boy. It was an abbreviation of “Timothy Tight….”. In retrospect, so cruelly unkind as he was the youngest of nine children and clothing the family was a nightmare problem for his cash strapped parents. He was big enough to handle this and later, as a teenager in WW2, flew over Germany as an air gunner on a Lancaster.

Unlike the Grammar Schools, nicknames were not bestowed so readily upon the teaching staff of the local schools. However, there were a few in Mumbles.

There was the gentle, “Dappy” Rowlands; the springheeled, “Dolly” Robinson and the tight-lipped “Fanny” Owen; cadaverous “Laddy” Williams terrorised the top class, whilst the much-loved, Raymond “Braddy” Bradshaw, coaxed and nurtured the latent talents of nine year olds.

These are but a few and I apologise for the many omissions but, at least, some now may live on and a few memories will be jogged, elsewhere.

What happened to “Yank” and “Gandhi”, I wonder?