“I shall never forget the time…” 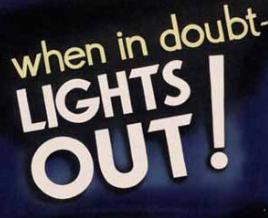 Like most reasonably normal people, I have memories that will stay with me to the end of my days.    Many are of trivial moments, their persistence inexplicable; and there are others, landmarks in my life which linger for obvious reason.  Into this latter category I certainly must place the events of Saturday, 2nd September 1939.   Still recalled with clarity and recognized now, as being a pivotal moment in my life.

That Saturday had started off in much the same way as had all the other days of the summer holidays but its closing hours, as the shades of evening drifted into darkness, saw an unfolding of events which were the prelude to catastrophe.     .    .

A catastrophe which would, in varying degrees, affect each and every one of us.

.     To this very day when I take my favourite walk (or stagger, depending on how I feel), past the old Oystermouth Station,

of those dying hours on that Saturday; realised now to be a time when the events of the preceding decade were converging to a grand finale.     .

1939 was a remarkable year by any standards, not the least being for its weather.  True to folklore, March came in like a lion and went out like a lamb; but April refused to conform and her showers stubbornly chose to persist, on and on throughout May. But with the unfolding of the early June days, the rain suddenly ceased to fall and the sun broke through.

It was the start of a glorious, record breaking summer and as ‘Strategicus’, (H.C.O’Neil) so eloquently, wrote in The Spectator….

“For the past fortnight, or so, we have enjoyed, to a degree rare in this capricious climate, the cloudless glories of an English summer…”

And, it had continued on into September; the sun shining down on a nation, bewildered by the machinations of Hitler in central Europe.

At fourteen years of age, like my contemporaries, I was old enough to follow events with a fair degree of (influenced) comprehension but was too immature to fully appreciate the gravity of what was at stake.

How those black and white cinematic images flicker across my memory!- of vast stadia teeming with thousands in martial dress. The rash of Swastikas. The steel, coalscuttle helmets, -  stretching as far as the eye could see  -  like the washed pebbles on a beach. The gross arrogance of that military might, with its legions of tanks and  (more disturbing) skies dark with bombers!

And, who can forget Goering’s boastful priority of the German people --  “…Guns before butter…”!

Yet, about me, there seemed to be no sense of real urgency!   The sun shone on and, looking back, I wonder was it this, that accounted for the prevalent air of complacency?  Langland and Caswell were thronged daily. Edward’s Café on the beach had queues for their lunches and teas. Mr Edwin Timothy and Barney Davies lent out record numbers of deck chairs. Mr.Macari, in Forte’s, couldn’t fill the ice cream cones fast enough. The beach tents hosted dozens of happy holiday makers and there was the music of clattering teacups, children’s chatter and much laughter.  No one seemed to care!  Nothing was going to shake this British complacency!

And, whilst all this was going on, Nazi Germany shook the world by embracing the Communist Russian Bear.   They deserved each other.

By the end of August, Hitler had committed himself to the invasion, and carve-up, of Poland. His troops were massed at the borders, his bombers flying over Warsaw. He was about to take that final, irreversible step, calling the bluff of Britain and France.  Belatedly, Britain prepared herself to take up the gauntlet.

For the village youngsters, Saturday, 2nd September started with an early swim off the Mumbles foreshore. Hundreds of lads and lasses, tanned to a deep golden brown, swam, horsed around and, between dips, sat on the sea wall soaking in the sunshine.

They talked, they speculated,

“So what?  Whatever happens, it doesn’t really affect us - does it?  It’ll all be over long before we get called up”.

The fresh morning sun warmed away the cold of the sea, put back colour into goosey flesh and penetrated through to chilled bones.

And, lulled away any concerns of imminent war.

The tide fell back.    Home for dinner.

Then, with minimum delay, off to Langland Bay, for a wonderful afternoon on the golden sands. Young poseurs - all of us -  we dashed into the sea and recklessly hurled ourselves into the breakers. Tried (and failed) to impress the local belles.

But the day wasn’t over yet,-  there was a bonus to come!

And, what a way to finish off that Saturday!

The tide that evening, would be one of the highest of the year! A fact known to every Mumbles youngster between the ages of two and ninety; one of the great regular events of the year, was about to take place, -    diving directly off the Oystermouth sea wall into the water!

From early evening, swimmers began to collect, impatiently watching the sea winding its way slowly through the rippled sand towards the sea wall. From Southend to West Cross, hordes of young bathers in their hundreds, congregated in excited chattering groups.

By eight o’ clock the tide had risen to within a few feet of the top of the Oystermouth sea wall.  What a glorious scene, enjoyed by hosts of evening walkers cooling off after the heat of the day!  Calm as a millpond, the swell was barely perceptible, as it undulated along the sea wall.  A heavy heat mist hung across the bay, obscuring the mass of a magnificent, white Ffyffe’s banana boat approaching the Swansea docks.     The Mumbles Train passed slowly by, brushing against us as we stood on the wall. Passengers waved enviously at the grinning swimmers. Young exhibitionists did their theatrical leaps off the wall with Tarzan yells, but sadly lacking the Weissmuller grace and physique.

The reddening sun began to sink towards the Castle and shadows lengthened; even so, there was no chill in the air, it was warm enough to stay in swim suits.  The shouts, the laughter, the splash of bodies hitting the water off the wall, went on; growing seemingly louder, as the light diminished.

Here were hundreds of Mumbles youngsters innocently enjoying the time of their lives, but, with the descending sun, darkness was beginning to fall upon them.

Slowly, relentlessly the sun, now a red ball, continued to drop behind the castle.

Suddenly, the spell was broken!

It was John (‘Butty’) Hinds, the Woodville Road sage, who shouted,

“Look at the Mumbles Train!  Just pulling out of the station!”

We all turned to see the Train approaching from Oystermouth. At this time of day, it was customary to see the lights on the front of the train switched on and the passenger lights within, burning brightly.

But not this evening!  All was vastly different! What on earth had happened to the Mumbles Train?

The lights, both inside and outside, had been painted over with a dark blue paint which, from its mottled, smeary finish must have been applied in haste. This had brought about the dramatic change. The colourful and elegant Mumbles Train now looked like a vehicle in mourning - a massive hearse!

The train approached slowly around the gentle curve, once again brushing against us. Driving this train was Mr. Phillips (Gloucester Place) a kindly man, well known to us all.  He saw the quizzical looks on our faces as he slowly drove past. He smiled sadly, half raising his shoulders in a helpless gesture.      As an old WW1 veteran, he knew what was happening and where we were all heading.  The subdued, sad looking train continued on towards the Mumbles Pier- like a chastened puppy.

Here was the very first positive sign of coming war.

Looking back, how poignant it was that our much loved Mumbles Train was the emissary bearing such a revelation to the people of Mumbles.

(Note: During the preceding twenty four hours, newspapers and radio had published precise blackout regulations, to be effective from that Saturday, 2nd September. Anyone who failed to comply would suffer the most awful of punishments. As a temporary and instant measure, blue paint was to be used to mask all outside lights.  This accounted for the bizarre appearance of the Train).

I looked around me. I looked across Swansea Bay. The banana boat had long since found the haven of the Docks - facing goodness knows what future. Night was descending rapidly.  The heat mist across the Bay promised yet another hot day to come.    The water stretched out, so calm, into the warm dark stillness.

But one thing was conspicuous by its absence.

The golden necklace of lights around the Swansea Bay was absent.

There was no backcloth of lights stretching across the town and on up to the hills behind.

I shivered slightly.  I felt a sudden urge to get home, as quickly as possible, to be with my mother and father and younger brother, Colin.

The lights of peace would not shine again for six long years.